“Noodle soup refers to a variety of soups with noodles and other ingredients served in a light broth. Noodle soup is an East and Southeast Asian staple. The type of noodles range from rice noodles to egg noodles.”

Mom made this dish, when I asked about the heritage of this dish, her response was, “it’s my own, it doesn’t really come from any cook book, it’s just an improvisation of mine.” During the winter period, a hot bowl of noodle soup like this one is the best dish to fight off a cold and to keep yourself warm. What I like about this dish is the crackling pork, it’s very easy to make and mouth watering too.

Prep the pork by making sure all the excess liquid on the skin area has been dried off with a good amount of paper towel. With a sharp knife, gently score the skin before rubbing a good handful of rock salt and seasoning it with pepper, five spiced powder, drizzled in sesame oil; do that on both sides of the pork. Put it in the oven on a 240 degrees, visually keep an eye and take it out once the skin has fully crackled and looks golden in colour.
For the soup, fill in water half way up your pan and bring it to a boil. Finely chop the shallots and add it into the boiling water along with the chicken stock and vegetable stock. Lower the heat of the soup stock to a simmer and add in the sliced spring onions, sliced shitake mushroom, sliced chinese lettuce and seasoned with salt and white pepper. Once the crackling pork is done, leave it aside to cool. Use the jus from the pork as extra flavouring for the soup. Check again for it’s seasoning.
On the side, cut some fresh chillies drizzled in soya sauce, that is used for garnishing. Boil the bihun noodles for a few minutes and keep it aside to be self served. Cut the pork into bite size portions and garnish that with extra spring onions. 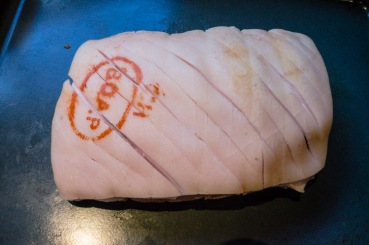 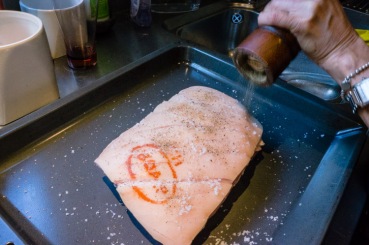 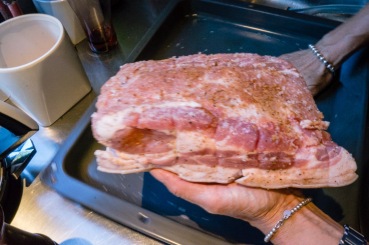 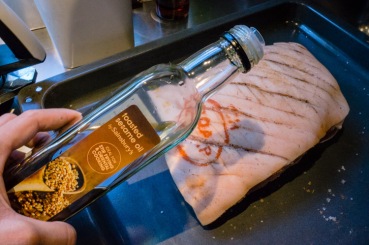 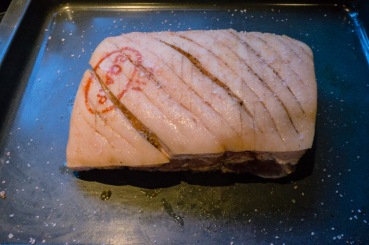 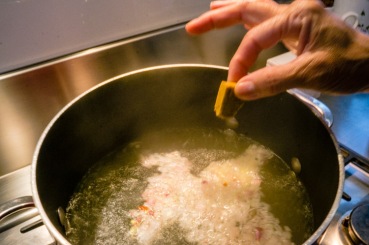 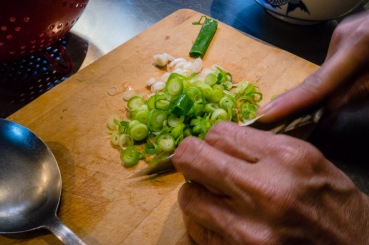 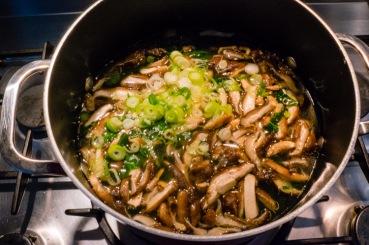 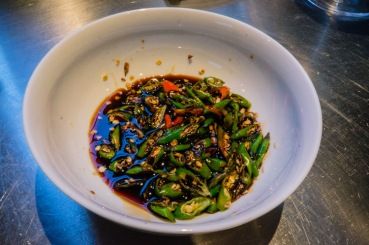 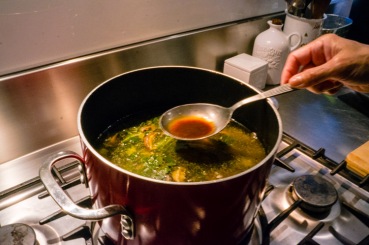